Zar New England is the regional distributor in the Northeast for the Italian design and manufacturer Zar Formenti. Zar Formenti has been established over thirty years. In this time, it has proven to be both a pioneer and industry leader with its unique, technology, safety driven and cutting-edge power boating experiences. Zar New England was adopted into the Formenti family in 2017 and has since grown to be an active regional agent spreading the word of the Zar Formenti Distinction.

Captain Sean Burke is the sole proprietor of this distributorship which is based on Cape Cod, Massachusetts.  Sean has spent a lifetime building maritime experiences and knowledge. After graduating from Massachusetts Maritime Academy Sean went on to a career in the Merchant Marine. As a professional, his credentialing includes USCG Licensed 2nd Mate, 1600 Ton Master Oceans and First Class Pilotage. Suffice it to say this captain has extensive operational and engineering knowledge of ocean vessels.

In the course of his career Sean launched his first commercial enterprise, Bluestar Marine. It was through this venture that he discovered Zar Formenti’s endeavors.  Bluestar continues to operate on a parallel course with Zar New England. Captain Burke is a maritime professional who has made power boating and sailing and all their associated experiences a lifetime occupation.

After being introduced to the ZAR concept and execution, Sean became a quick read on the credibility of the Zar Distinction.  Having studied the company, its growth metric and future intentions, he met and spent considerable time with Zar Formenti’s North American representatives. Captain Burke has since been invited to come on board the Zar Enterprise.  Zar Formenti’s North American dealer network is committed to collaboration and the promotion of the Zar Mission.  As of the summer of 2018, a wide range of ZAR Formenti Inflatables, RIB and Tender boats have become readily available for show, trial and purchase in the New England area.

New for 2020,  ZAR New England is excited to announce the addition of Grand Inflatable Boats to our 2020 lineup. The current catalog of Grand boats includes more than 50 models of recreational and professional RIBs. From tenders to day cruisers, Grand’s multiple ranges offer the perfect balance of value and luxury. 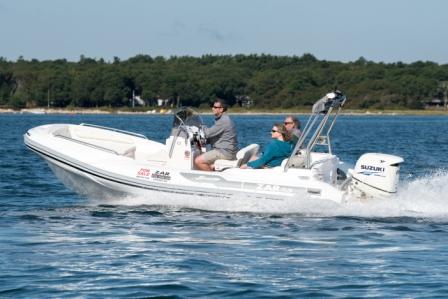 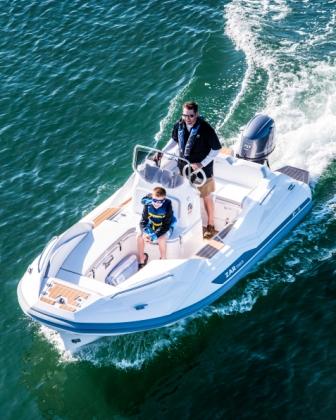